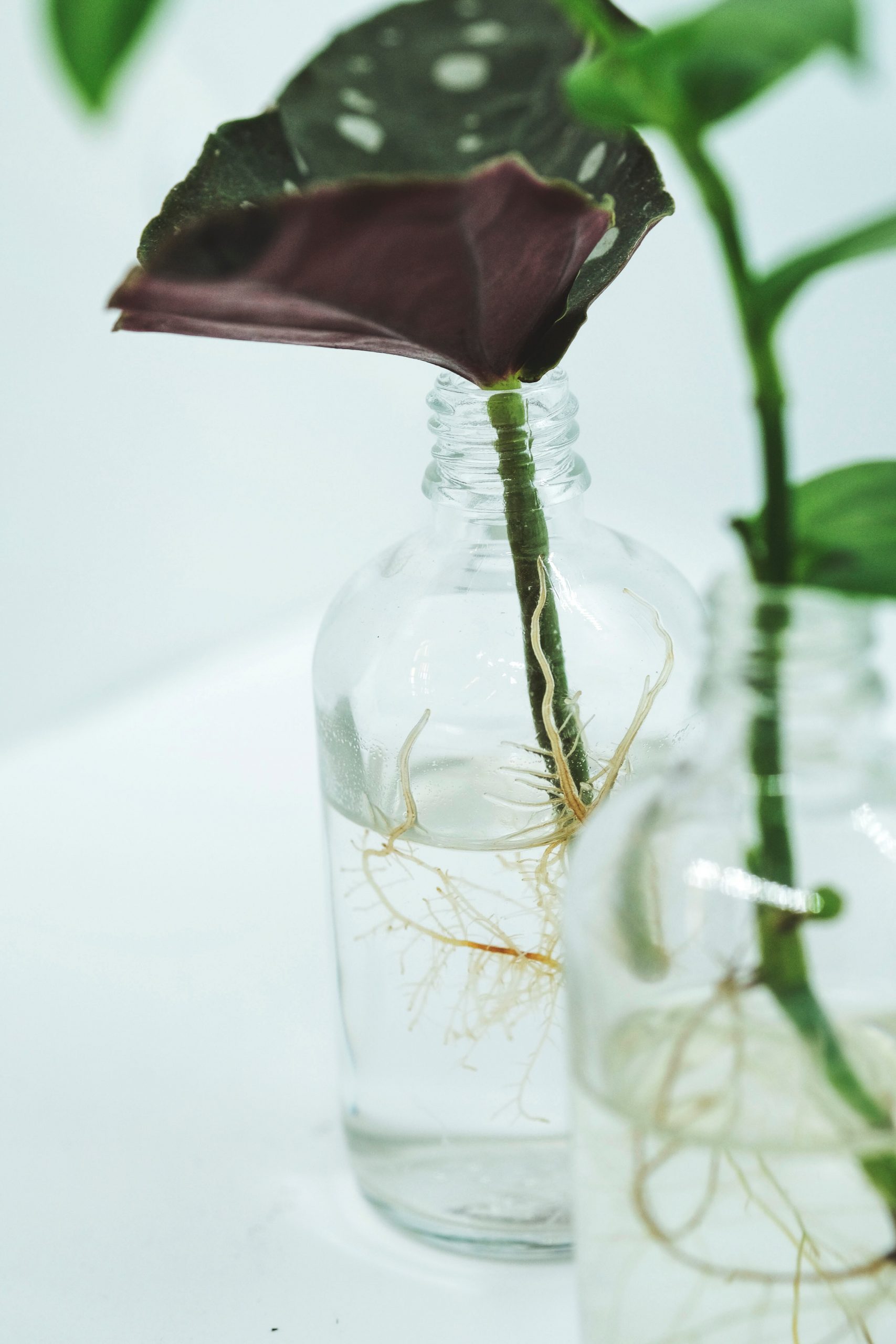 There is no “stuckness” per se, just our idea of where we need to go and how fast we need to get there in comparison to where we are right now. That whatever is here, whatever appears to be “stuck” here, shouldn’t be here at all. That we “should” have passed through this by now.

For over a month now I’ve been waiting for a cutting of our beautiful angel wing begonia to spring roots in water. Each day I’d check in with it… nothing. After several weeks I assumed that nothing was going to happen, it wasn’t going to work. Maybe at that point I could have given up on it, assumed it was done for, it wasn’t going to grow. But low and behold a week later… some tiny little roots appeared overnight. A few days later and I’m astonished how quickly this little cutting has sprung into life.

My point here is… we can’t be the judge of progress. We can’t assume we’re stuck just because on the surface level things aren’t going the way we thought they should or planned for them to go. The rhythms and moments of life can often appear confounding and mysterious to the mind that wants certainty and progress. But progress sometimes doesn’t have an outward look to it. Sometimes things are percolating and germinating deep inside, unseen on the surface, even by ourselves. Sometimes rest or pause, or even the appearance of stationary “stickiness” of a situation or view point is actually life’s way of preparing the ground. The rest before the activity.

Feeling Into the Unknown

Taking off the Mask

Have Faith in Your Way