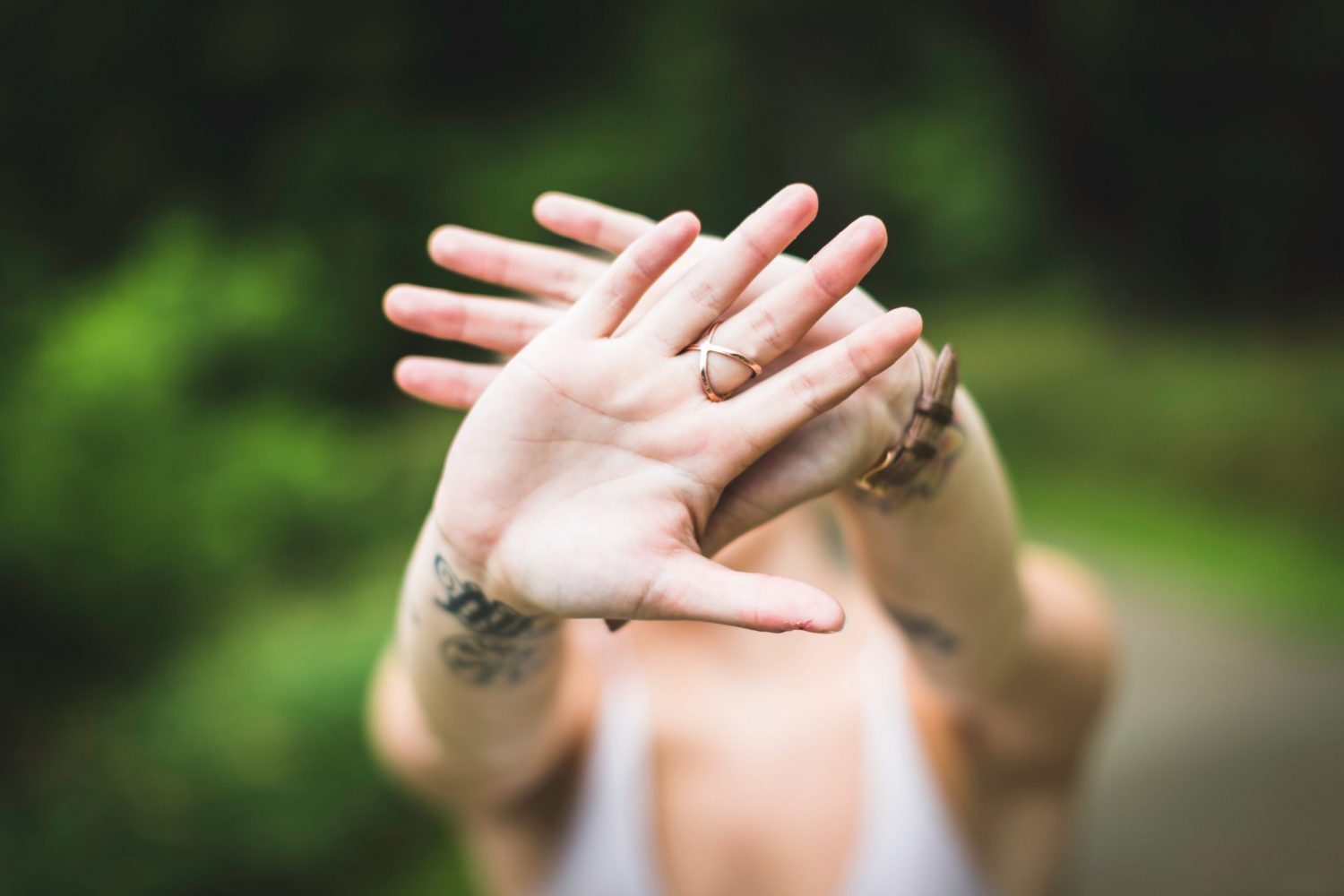 Story time… Boundaries are something I’ve always struggled with, in fact it’s probably been THE number one struggle in life for me. While it’s almost unrecognisably night and day compared with how it used to be, I still do struggle with it because that conditioning is so well ingrained. But luckily life shows up in ways to test where I still have trouble standing in my healthy and necessary boundaries.

And so boundaries is a topic I’ve shied away from writing about up until now, not because I don’t want to (believe me I’ve started to write about boundaries countless times!) but mainly because it’s such a big topic for me that I didn’t even know where to begin – posts ended up rambling and jumping all over the place. I think it’s also difficult because I’m still walking it, I’m still living the learning and growing from it. It’s raw, it’s intimate, it’s a big unknown because I’m not talking of a subject that’s all wrapped up in a neat bow, it’s woven throughout the fabric of my story in ways that I’m sure I haven’t yet gotten the big enough perspective of time to see some of the bigger lessons and themes fully. It’s coming, it’s happening, which is maybe why this is getting written right now.

Through my difficulties I’ve learnt that setting and keeping boundaries can actually be THE MOST LOVING AND HEALTHY THING that you can do when relating to both yourself and others.

A few years back this was a new and wildly scary one for me to accept. Like I was stepping on to an alien planet where all the rules had been turned upside down and I couldn’t fathom this is could actually be true. You see, somewhere along the line I had picked up the idea of the opposite of this being true; ‘No’ was not something acceptable for me to feel. No was not kind, no was not loving, no meant you were selfish and unreasonable, unloveable even. No was negative. No meant you were protecting your ego and if you were in a constant state of yes-ness to life then you were surely spiritually evolved.

In fact in my childlike innocence and ignorance I somehow misunderstood (or probably heard in a way that fit my learnt conditioning) that spiritually speaking if this was all one unified consciousness… then there ARE no boundaries… boundaries were false conceptions of the ego-mind to be gotten rid of. Somehow ‘no’ as a healthy and natural expression of life got twisted up into that idea of boundaries = bad. See… told you I had big issues and misunderstandings to unpick around this stuff !!!

‘No’ equated to wrongness for me and so I used to think my no’s were a pathology, a failing, a bad girl, an unlovable aspect of myself. I continually ignored them to the point that quite early on in my life I struggled to even say the simplest of no’s or ask for what I needed. This led me into a dark place of not only people pleasing and putting myself second to the point of mental and even on occasion physical danger. But more importantly it also led me to the point where I lost touch with my intuition and self knowing light. It put me on a path of having too many internalise voices of ‘should’ rather than being able to recognise my inherent and wisdom-filled true voice of Self.

For me it’s be a long journey home to this wisdom of self boundaries. So long that initially I didn’t even realise how off course I was because my boundaries were so covered up and hidden that when someone encouraged me to have my own boundaries, I felt lost, I felt confused, I felt like they were actually doing something wrong TO me, not helping me!

No’s are still in many ways uncomfortable for me. I still on occasion have a voice (yes albeit a very faint one now) that gets me almost looking over my shoulder as if I’ve done something wrong. But I’ve learnt that a ‘no’ honours yourself and in turn honours the other in that you’re not doing something that actually breeds resentment in your heart. Others can trust you then, trust you to communicated with them where you’re at, even if they don’t like what they’re hearing. Your yeses are true, clear and authentic and nothing is going unsaid and festering, there’s no reading (or misreading) between the lines.

I’ve learnt to love my no’s. I’ve learnt that “no” is a complete sentence too!! I’ve also learnt that my spontaneous natural expression is that of going with the flow (enneagram 9 anyone). As it happens my heart IS a (mostly) continuous yes to life, not as a pathology but because that happens to be in alignment with the most loving action and least resistance for me – acceptance… I learnt my yeses through learning about my no’s, so when there is a no… that no is to be listened to and to be trusted and honoured. That no is accepted wholeheartedly. That no is a sacred part of life. That no is just as much of a yes to life. That no, in that moment IS the most loving expression of life.

Who Do You Take Yourself to Be?

Keep Quiet; The Seeing Is the Doing